Why The Mississippi Sound Produces Such Delicious Shrimp

It's no secret that shrimp from the Gulf of Mexico are known for their incredible taste. These shrimp spend their lives in a nutrient-rich environment unlike any other in the world. But the Mississippi Sound in particularly productive oasis for shrimp along the Gulf. It's why the seafood industry grew in Biloxi many years ago and is why the area continues to produce a bountiful harvest every year.

Baby shrimp grow to adulthood due to an abundance of not only saltwater marshes along the Coast but the barrier islands that provide additional protection for these shrimp to grow up.

According to an article by the Mississippi Department of Wildlife, Fisheries and Parks entitled: A Sound Like No Other: "The Mississippi Sound is the body of saltwater that extends along the coast from Dauphin Island in Alabama to Waveland, and it encompasses 113 square miles. It is bordered to the south by the barrier islands: Cat, Ship, Horn, Petit Bois, and Dauphin. The Mississippi Sound is isolated from the ocean dynamics of the Gulf of Mexico, with water exchange taking place through numerous passes between the islands...Estuaries like the Mississippi Sound have been called marine nurseries, as many species of fishes and invertebrates rely on them at some point in their lives."

The Mississippi Sound is in the "sweet spot" of the Gulf white shrimp habitat, and white shrimp are the type that Biloxi Shrimp Co. focuses on exclusively because of their wonderful taste. 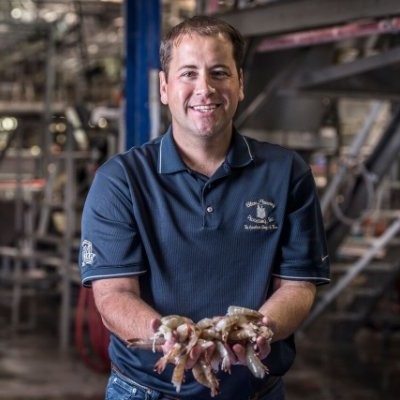 So the next time you are enjoying your delicious Biloxi Shrimp, you'll know why they taste so good, and you'll have a few more interesting facts to share with friends and family!