A Summarized Culinary History of Shrimp 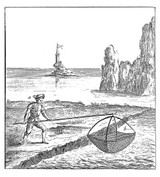 Shrimp are a delicacy that can be found in a large variety of recipes all over the world. Being a staple in Ancient Roman, Greek and Chinese diets, shrimp are a versatile food item with a multitude of nutritional and healthy benefits. Making their way to the United States during the 17 th century, shrimp began a cultural wave in Louisiana through the creation of Creole and Cajun-style foods. With technological development and the introduction of easier methods of shrimp collecting, shrimp quickly became the most popular shellfish in the U.S., creating the delicious recipes that you know and love today. Here, you can learn more about the culinary history of shrimp from Biloxi Shrimp Co.

Shrimp have been a valued and delectable food item since the earliest of times. Throughout the Ancient Roman and Greek era, it was discovered that people made cookbooks with recipes featuring shrimp as early as the 4 th and 5th century A.D. One dish that was popular during this time included wrapping the shrimp in fig leaves, cooking them and serving them with a honey glaze.

In 1280, Marco Polo learned about the nutritious value of shrimp during his travels to China. He discovered that shrimp were a heavy influence on Chinese diets since the 7 th century due to their nutritious and versatile nature. While shrimp were an incredibly popular food choice during this time, they are also still incorporated into most present-day Chinese dishes.

Shrimp in the United States

Shrimp collecting methods were finally introduced to the United States during the 17 th century. Because shrimp could primarily be found in the Louisiana bayou, this made shrimp an exclusive ingredient to the Southern region of America. This is how some of the popular New Orleans dishes were created, making the classic Creole and Cajun-style meals unique to the Louisiana area that you know and love today.

The Popularization of Shrimp

With the creation of mechanized shrimp harvesting in 1917, shrimp became easier and quicker to collect and ship throughout the country. This is how shrimp became more accessible to regions all over the country, making shrimp a more popularized delicacy regularly found in households. With this sudden boom in popularity, some of the most widely known dishes were created including shrimp and grits, gumbo, fried shrimp and more. Shrimp cocktail, another prominent recipe found in the U.S., was also created in 1918 which influenced the way meals were created in American households.

Make Your Own Delicious Shrimp Recipe

For hundreds of years, shrimp have been a versatile, popular and nutritious addition to any meal including salads, sandwiches, main dishes and more. At Biloxi Shrimp Co., we have a variety of delicious shrimp recipes that our customers are free to use. Whether you’re looking for something new to make or re-creating an old classic, we have a list of recipes that everyone in your family is sure to love. View our culinary shrimp recipes for inspiration.